1. Self-reliance and indigenization in defence is important for both strategic and economic reasons and has, therefore, been an important guiding principle for the government. Government considers that the industrial and technological development in the sector have made it possible to achieve this objective by harnessing potential of Indian industry along with the technological capabilities developed by academic and research institutions. Though India has made rapid strides in defence technology and industrial base in recent past, it is yet to cover a significant ground in terms of new products development and scale of production. The domestic defence industry would have limited scope for investment in R&D and production if it relies only on the domestic demand.

2. There is a need to promote investment in the defence sector, both in R&D and production, thereby resulting in higher self-reliance and indigenization. While putting in place the policy framework and procedural mechanisms, the thrust would be on indigenous production and exploring possibilities of exports to other nations that may look forward to supplies from India. Since the defence technology needs long term investment, its obsolescence is high with low economies of scale. Hence, the policy of maximizing indigenous production without well supported R&D policy and export strategy may not bring desired results. Therefore, the defence industrial policy has to be supplemented by the strategy for defence exports without which the economic base of the defence industry would be difficult to sustain in the present economic competitive environment.

3. The Government has already announced a Defence Production Policy in 2011 with an objective to achieving substantive self-reliance in design, development and production of equipment/weapons systems/platforms required for defence in as early a time frame as possible; to create conditions conducive for the private industry to take an active role in this endeavour; to enhance potential of SMEs in indigenization to broaden the defence R&D base of the country. While the Defence Production Policy lays due emphasis on indigenous production of defence equipment with a greater role of private sector, SMEs and R&D institutions, the objective of Defence Production Policy will not be achievable without having a well thought out export strategy, so that the industry is assured of access to export markets in addition to domestic market for investing in the sector. 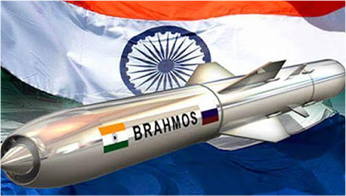 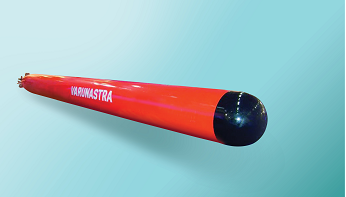 4. Ministry of Commerce & Industry already has an overall Export Policy in the form of Foreign Trade Policy (FTP), which, inter-alia, includes various export promotion schemes, duty/ tax exemptions and other facilitative measures. Therefore, there may not be a need for having a separate Defence Export Policy. Instead, there is a need to put in place a specific strategy for encouraging defence exports within the overall ambit of FTP. The strategy may include measures required for promotion/ facilitation of defence exports through institutional mechanisms and streamlining the process of issuing NOC/ clearance for export of military stores. Accordingly, following strategy would be adopted to encourage export of defence products.

Need for Strategy for Export of Defence Products

5. A specific export promotion/ facilitation body would be set up with participation from industry representatives. The body could be in the form of a society or a not for profit company under the Companies Act. The role of the body would be to render advice to government on various export related issues, coordinate all export facilitation schemes of the government, increase awareness amongst the industry about various export facilitation measures and promotion of exports through specific marketing efforts in targeted countries. The body will identify the suitable export markets in consultation with Ministry of External Affairs and Department of Commerce, keeping in view our foreign policy and various international export control and arms control regimes. The body would be a nodal agency of Ministry of Defence for the purpose of organizing defence exhibitions in India and abroad. The body would also act as a nodal point of Ministry of Defence for participation in exhibitions abroad.

6. In the government, a body namely Defence Exports Steering Committee (DESC) under the Chairmanship of Secretary, Department of Defence Production would be constituted. The Committee will have representatives of Armed Forces, DRDO, PIC Wing, Acquisition Wing, MEA, DGFT. Wherever required, the views of industry representatives and other experts will be taken. The functions of this Committee would include consideration and taking decisions on cases of export permissions, which are outside the purview or scope of subordinate authorities/committees particularly export of indigenously developed sensitive defence equipment, monitor the progress in defence exports and suggest specific steps/ strategy to boost exports.

7. Offset is an important mechanism available to the domestic industry to enhance export capability. The Offset Policy may be reviewed and aligned towards final integration of weapons/systems in India and promoting export of such systems from India. The Policy may also be reoriented towards acquisition of critical technologies required for high end weapons/platforms so that the same can be leveraged for export.